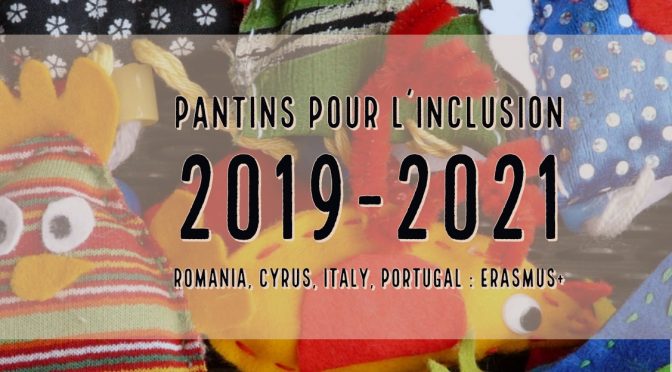 The Regional Gymnasium of Livadia in this project, with a role in implementing its issues at middle-school level; the school has 530 pupils aged 12 – 14 years old. It is a public school, with regional scope situated in a rural area with pupils coming from 5 different villages.

One of these villages, Pyla, is in the demilitarized border buffer zone. In Pyla village, Greek Cypriots and Turkish Cypriots have been living together in peace for hundreds of years. Pyla village and Troulloi village are next to the Turkish occupied area of Cyprus since 1974.

The School has pupils with special needs and there is a separate unit with specialized teachers who teach these pupils. Apart from teachers, there are trained personnel to look after these pupils.

It’s a multicultural school where 10% of our pupils come from other countries. We have pupils from Iran, Syria and other neighbouring countries, who have arrived in Cyprus as political refugees. In addition, there are pupils of migrants from other European countries.

We have pupils from various socio-economic backgrounds.

In all there are 9 staff and 65 teachers (all paid) of different specialties with some of them holding a Post-graduate Degree (MSc & PhD level). In our school, we teach various subjects such as Information Technology, Maths, Physics, Chemistry, History, Music, Religious Studies, Languages, Physical Education, Arts etc.  The school has participated in many local and national project competitions where some pupils achieved very good results. In this project our pupils will have the opportunity to learn a language using Puppets as well as to create puppets and play a theatre using puppets.

Ana Hipólito (Coordinator) is a Portuguese teacher at Agrupamento de Escolas de Vialonga. She has a Master Degree in Modern Languages – Portuguese and English – from Faculdade de Ciências Sociais e Humanas, Universidade Nova de Lisboa. She has been teaching in Agrupamento de Escolas de Vialonga since 1996. She was an English teacher from 1995 to 2000 and she teaches Portuguese since then. She has been working as a teacher for twenty-five years. She has been involved in some In-Service teacher training courses in Czech Republic and Estonia. She is involved in the European Project “Literacy and Language Skills of Students” and she is now project Coordinator, along with Sandra Romeiro, of the Erasmus+ Project “Pantins pour l’inclusion”.

Sandra Romeiro (Coordinator) is a Portuguese and French teacher for more than 23 years now. She teaches at Agrupamento de Escolas de Vialonga. She has a Degree in Modern Languages and Literature, Portuguese and French, from Universidade Autónoma de Lisboa. Her interests are related mainly with travel and technologies. Sandra has been involved in two Erasmus+ KA1 (Czech Republic and Finland) and three KA2.

Anabela Pinheiro is the Portuguese project Coordinator and is an English teacher at Agrupamento de Escolas de Vialonga. She has a Master Degree in Modern Languages – Portuguese and English – from Faculdade de Ciências Sociais e Humanas, Universidade Nova de Lisboa. She has been an English teacher for over 20 years. She has been involved in several Lifelong Learning Programmes and European Projects.

Dina Pereira has been a teacher for over twenty years, teaching Arts, Artistic Expression and Technological Education. She has a degree in Arts – Painting from the College of Fine Arts of Lisbon Classical University. She has adopted a crosscurricular approach to teach most of the contents and topic areas for many years. In fact, she has been developing projects involving a wide range of  classes from different year groups and get them to work and learn together. She has already participated in one Erasmus+ project.

Ilda Carinhas has been teaching in Agrupamento de Escolas de Vialonga for the last twenty-five years. She teaches English to regular classes, professional courses and alternative curriculum classes. Her students are aged 10-18 years old.She has been involved in some European projects (Comenius, Grundtvig and Erasmus+) and In-Service teacher training courses in Prague, Malta and Slovenia. She also participates in Etwinning projects.

Ilda Damião has been a Portuguese and French teacher for 27 years. She has a Degree in Modern Languages – Portuguese and French – from Faculdade de Ciências Sociais e Humanas, Universidade Nova de Lisboa. She has been involved in one Erasmus+ KA1 project, in Estonia, and she has also participated in one Erasmus+ KA2 project (“Steam for everyone”).

Paula Martins is a Portuguese and English teacher. She has been actively involved in several projects under the European Lifelong Learning Programme, such as In-Service Training Courses in various European countries (UK, Malta, Germany), Comenius, Grundtvig, Youth in Action and Erasmus+ (KA1 and KA2). She is currently coordinating an Erasmus+ KA229 project “STEP UP WITH GOOGLE TOOLS AND MOBILE APPS”. She has also coordinated Comenius Assistants for 4 years. Paula holds a Degree in Modern Languages and Literature, Portuguese and English Studies, Teacher Training, from Universidade Nova de Lisboa.

Teresa Miguel has been a teacher in Agrupamento de Escolas de Vialonga since 1998. She has a Visual Production Design degree, by the Higher School of Design (IADE). Her interests mainly focus on Graphic Design and Arts in general, and Vocational Education. She was involved in some projects under the European Lifelong Learning Program and Comenius, Grundtvig and Erasmus +.

Video about our school