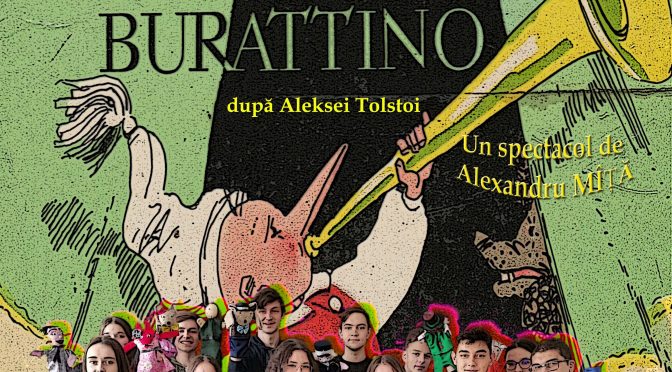 We offer you the very recent version of our great success, “The Golden Key or the Adventures of Buratino”: this time, it’s the English version we’ve made and the translation was supervised by the teacher Mihaela Liteanu. Enjoy the play and stay tuned until the end: you will be awarded by a special bonus! 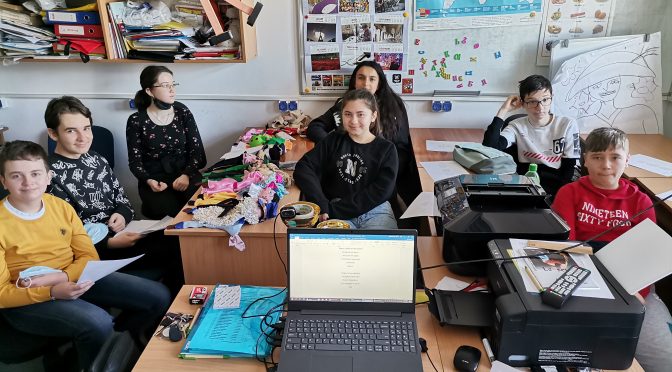 Between December 2021 and March 2022, the BOOKTRAILER FILM FESTIVAL Competition was held, made in  partnership with the “A. Calini” Scientific High School, Brescia, Italy.

The Booktrailer Film Festival (BFF) is a place to meet and discuss literature and the ways in which it has been and is promoted through the cinematic language. Schools, libraries, bookstores, associations and websites are involved in the festival.

The involvement and creativity of middle and high school students is manifested in the creation of short videos designed to promote the pleasure of reading and interest in books.

The stages for participating are as follows:

II. The second stage – the international one, where the booktrailers from the participating countries  were judged.

A European jury, composed of two teachers and two pupils from each partner school and chaired by the President of the Italian jury, awarded the prize to the jury of European teachers and students for the best booktrailer.

A scientific committee consisting of several personalities in different fields (cinematography, literature, visual arts, music, advertising) and chaired by the festival director guarantees the cultural quality of the initiative.

The authors of the entries in the competition had to: create a Youtube channel  (preferably named after the participant’s name); upload the English booktrailer and subtitle in a different document and save the link; register on the www.booktrailerfilmfestival.eu website; fill in the registration form on the www.booktrailerfilmfestival.eu website with all the necessary information, including information about the book, synopsis of the book – in Romanian and in English –, credits and the license of the product in competition; post the booktrailer link  on Youtube; fill in the registration form.

The Erasmus+ “Pantins pour l’inclusion” Romanian coordinator project team participated to 2022 edition with a booktrailer inspired by the play “The Golden Key or the Adventures of Buratino”, inspired by the novel of Alexei Tolstoy and by the homonymous puppet theater play written by the project coordinator, Alexandru Mîță.

The Golden Key, or the Adventures of Buratino (Russian: Золотой ключик, или Приключения Буратино) is a 1936 Soviet children’s book by Alexey Tolstoy. Buratino is a wooden puppet carved from wood by a poor and lonely old man, the organ-grinder Father Carlo from a magic speaking piece of wood gives as a gift by his friend, Giuseppe.

Every child can be found in Buratino’s personality: he doesn’t like school too much, he prefers adventure and freedom, he is a true friend, he sometimes takes the wrong path but he knows how to mobilize and how to distinguish, in the end, the good from the bad.

The genius of the author, the famous Alexei Tolstoy, author of fantastic and historical novels from the first half of the twentieth century, makes the confessed source of inspiration (Carlo Collodi’s novel) not to determine an indigo copy of Pinocchio, but to make Buratino a completely different character, more optimistic, more agile, more confident.

Alice the fox, Basilio the cat, Carrabas Barrabas, Duremar come to complete a palette of brightly colored characters who oppose Buratino, set traps for him, always wanting to hack him. However, with the help of Malvina, Artemon, Pierrot and the all-wise tortoise Tortilla, Buratino manages to find out the secret of the Golden Key. Nevertheless, until then, he finds out what is the City of Chumps and the Plain of Wonders, he even learns that his nose should not be dipped in ink, to write!

Buratino never becomes a real boy and doesn’t have that problem at all, being simply treated as a real boy throughout the story. His nose grows long by itself when he is still getting carved but doesn’t change shape afterwards, not being related to his lies or disobedience.

The filming team was composed by pupils the 7th grade from the Theoretical High School “Mihail Kogălniceanu” Vaslui, members of the troupe “Teatrul Nostru” * Notre Théâtre * Our Theater” 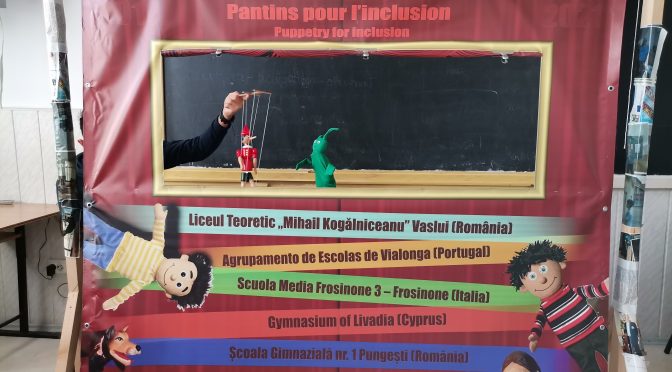 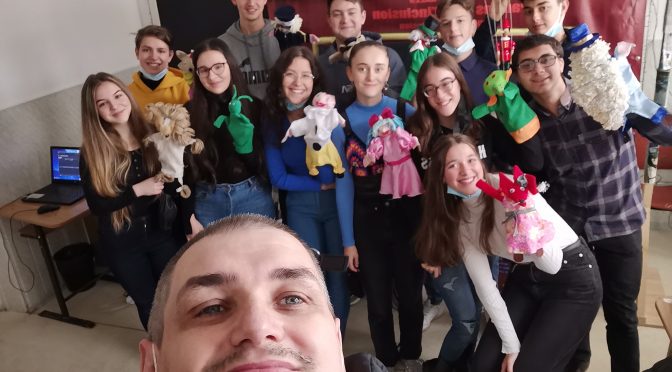 When I reopened Alexei Tolstoy’s book almost three years ago, placed at the forefront on the bookshelf of my childhood, I admit that I wanted to be able to turn it into a play – which wasn’t really the case. simple. I was extraordinarily happy with the enthusiasm with which I was received by the little actors of my troupe “Our Theater * Notre Théâtre * Our Theater” from the Theoretical High School “Mihail Kogălniceanu”, Vaslui with which, these days, we “set up” the 2022 edition of the play, with the English and French versions of Buratino, for an international appearance, in the frame of the Erasmus + project “Pantins pour Inclusion”.

Buratino is another universal child who makes mischief, freaks out, tells lies, befriends naughty bastards who want to harm him, befriends his whole life with a gang full of strong characters, learns what is good and what is bad in a journey of lifetime from the piece of wood to the little boy with the golden soul, like the key that the tortoise Tortilla gives him to open the hearts of the spectators, forever.

A perfect bildungsroman, without any irregularity, untouched by the roughness of time, which my little-big actors embraced and lovingly adopted. It’s “theirs”! It’s that Buratino that was mine and that I wanted to offer them. Buratino, which will be presented, in the spring of 2022, to kindergarten and general school children, whom we will film and represent at theater festivals.

The sequences that we offer you here were possible thanks to the troupe members: Ioana Vieru, Ioan Iovu, Andrei Hușanu, Daria Zaharia, Alex Cogălniceanu, Teofan Corogeanu, Bianca Ciuchilan, Miruna Creţu, Costică Cristian, Ioan Rusu, Alecsia Luca, Mădălina Nechita, whom we thank for the dedication and energy with which they invest in this theatrical project.